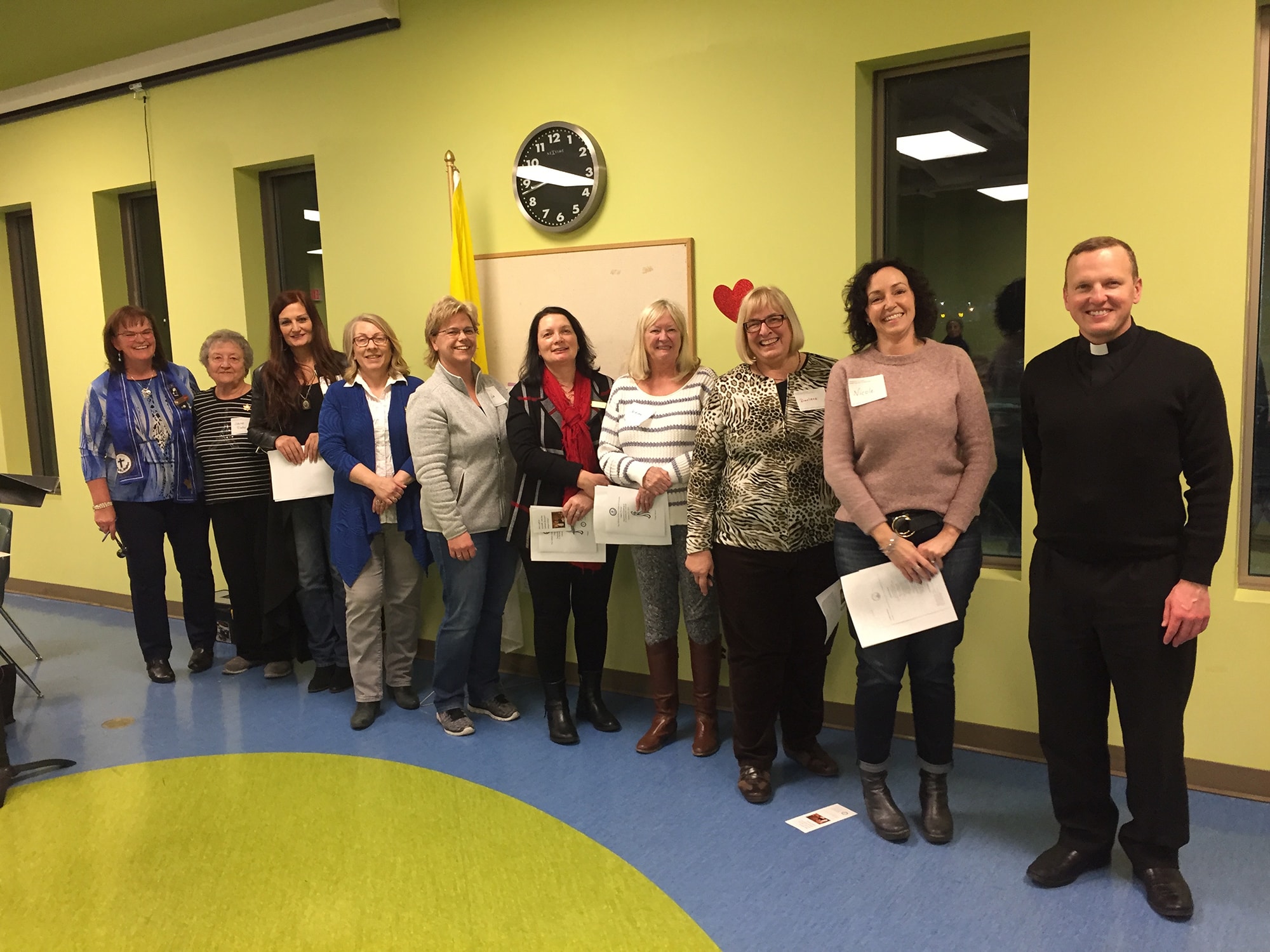 St. Michael’s Catholic Women’s League has been resurrected, and Pascale Kanbour is at the helm.

While St. Michael’s CWL doesn’t officially launch until September, a small group of about six women is busy praying for guidance from the Holy Spirit for the future direction of the group.

“I ask God and the Holy Spirit to guide me. Everything I do, I surrender it to God. If it’s meant to be I’ll follow it. If not I’ll ask Him to shut the door,” said Kanbour.

Originally from Beirut, Lebanon, Kanbour was raised in a faith-filled, spiritual home by devout Christian parents. She moved to Canada 30 years ago with her husband Ben, and together they have three sons and two daughters.

Speaking with Kanbour, it’s evident that she maintains a prayerful spiritual life. Kanbour said she is praying about how the St. Michael’s CWL chapter can be most effective proclaiming the Gospel to all people, evangelizing youth, promoting family values, and sharing God’s love, hope, mercy, and healing with the needy.

The CWL is a national organization rooted in gospel values calling its members to holiness through service to the people of God. Most parishes have a CWL group.

While Kanbour is new to the CWL, she’s attended St. Michael’s for about 16 years and served with several ministries including Alpha, healing and women-centered ministries, and as a Eucharistic Minister.

When the arm of St. Francis Xavier relic visited St. Michael’s Parish in January, Kanbour was so moved by the whole event that she felt God calling her to deeper conversion.

“I came and spent the whole time in prayer. During the prayer, I was in tears and crying. I didn’t know what was going on. I’d been to other saints’ relics. But the way (St. Francis Xavier) said Lord here I am, take me wherever you want to take me. He was totally new, unequipped, nothing, (that humility), that surrender – (it) touched me.

“I’ve been involved in many things, but I felt ready for something new and different, bigger. I don’t know what is my calling in that, but I’m open to where God’s taking me. I said ‘God what is it that you want from me? You equip the unequipped.’”

The following day, Kanbour heard about CWL starting up at St. Michael’s and while she didn’t know anything about it, her interest was piqued. At the first meeting in January, Kanbour went to volunteer with the group. As the new executive was being selected, everyone pointed at Kanbour for president. Fr. John Nemanic, the group’s spiritual director, gave his blessing and she accepted.

“I guess God will guide me like St. Francis. Send me whatever you want Lord,” said Kanbour.

Women of any age and background are welcome to join CWL at St. Michael’s every second Tuesday of the month. The CWL had their installation of officers on May 15, during the month of Mary. They hope to do a wine and cheese event at the end of Summer to launch the new year.

“God has a plan. We are just going along,” said Kanbour.